Socks in the Frying Pan are a multi-award winning trio from County Clare on the West coast of Ireland, the universal hub of Irish traditional music.
VIEW OUR STORE

Socks in the Frying Pan

Socks in the Frying Pan are a multi-award winning trio from County Clare on the West coast of Ireland, the universal hub of Irish traditional music. Their dynamic vocal harmonies, virtuosic musical ability and their onstage wit has captured and captivated audiences the world around. One of the most sought after groups in Irish music today, the worldwide ‘Sock Invasion’ continues!

Socks in the Frying Pan comprises of Aodán Coyne on guitar and vocals and the accomplished Hayes brothers, Shane Hayes on accordion and Fiachra Hayes on fiddle & banjo.

This youthful trio blend Irish traditional melodies with their own personal flair which has gained them critical acclaim and accolades including ‘New Band of the Year’ by the Irish Music Association. The group have been embraced in the United States, having been booked by every major Irish festival and praised for their modern traditional style and energetic approach to music. They have a clear love for live performance which only compliments the traditional essence in their shows and makes for a truly unique form of entertainment. 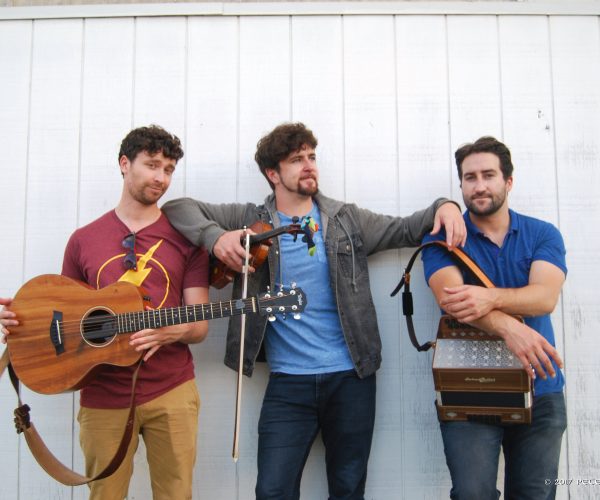 Come Join us in Ireland 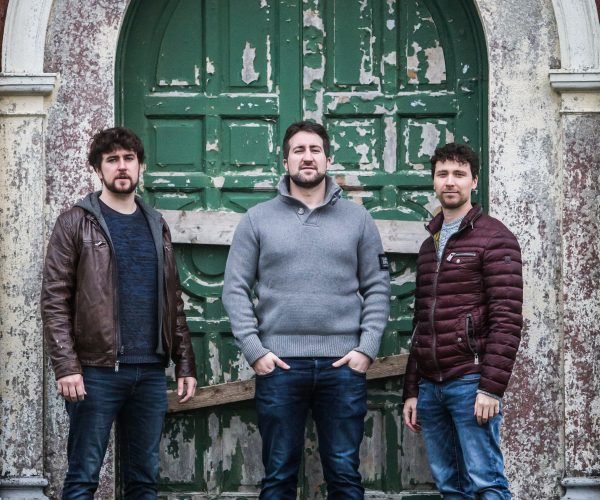 Listen to the Latest

Socks in a Frying Pan

Check Out Our Store

Happy birthday to the eldest Sock! Help us wish a

‘The Man of a Thousand Faces’. @aodancoynemusi

Everyone getting along just fine…. We're back in

📯🎷New Orleans for the Weekend!🎺📯 Great

Couple of days off in Banff, Lake Louise and Lake

What They Say About Us

Socks in the Frying Pan, a simply stupendous new band from Ireland that has been at the top of my top ten list for a couple of months now

Irish American News
They remind me particularly of another Ennis based ensemble, early Stockton’s Wing not in line–up but in attitude and musical daring… a successful and highly promising debut.

John O’ReganIrish Music Magazine
Their Sound flows in magnetic, energetic waves, so does their banter on stage

Derek CopleyIrish Music Magazine
This album qualifies them early for the New Group of the Year.

Live Ireland
Socks in the Frying Pan – whose singular musical ability and vocal talents mark them out most definitely as ones to watch for the future.

Comhaltas
This is a great album by three extremely talented young artists. It has been awhile since we have enjoyed a new group as much as this.

Irish American News
These boys add new proof to the argument that the best musicians come from Clare…This is seriously some of the best new stuff to come down the pike in awhile and I like it. I just hope the boys get some bookings in the area so I can see them live. Hint, hint, hint.

Rampant Lion
Outstanding music, great album and most definitely in this year’s top five, no mean achievement considering what a great year this has been for music

Entertainment.ie
One of the country’s best young trad bands

Trad Connect
When you listen to Socks in the Frying Pan, you quickly realize that traditional music in Clare has again received a fresh shot in the arm. The music on this recording is full to the brim with energy and with musical skills.

Folkworld
This band is oozing with untapped potential and we hope they get the opportunity to realise their potential on a greater international stage.

The Journal of Music
Previous
Next

Socks in the Frying Pan are a multi-award winning trio from County Clare on the West coast of Ireland, the universal hub of Irish traditional music. Their dynamic vocal harmonies, virtuosic musical ability and their onstage wit has captured and captivated audiences the world around.

@ Copyright Socks in the Frying Pan 2021. All Rights Reserved.

Send message via your Messenger App

I accept My Preferences